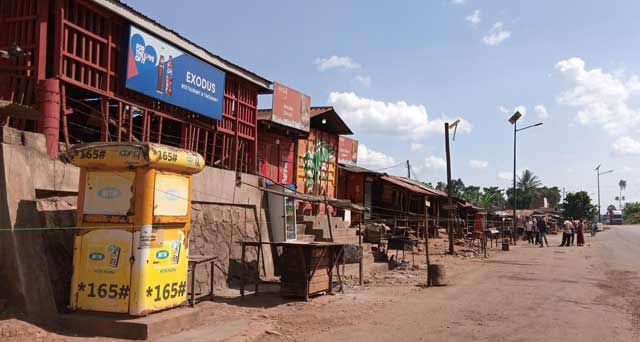 The current lockdown has taken a huge toll on Najjembe Meat and Chicken Vendor’s Savings and Credit Co-Operative-Sacco in Buikwe district. The Sacco, which comprises more than 300 depositors, has been operational for the last three years.

The members have depositing between Shillings 10,000 and 20,000 a fortnight. According to the Sacco leadership, they had collected up to Shillings 40 million in member’s savings prior to the lock down. He however, says the money has now reduced to Shillings 19 million.

Usman Lukwago, the Najjembe Meat and Chicken Vendor’s Savings and Credit Co-Operative-Sacco Board Chairperson, says the lock down has completely drained their savings. He explains that when government announced the nationwide lock down, most members stopped making their fortnight contributions.

Lukwago says that when government started easing the lock down majority of the members secured loans expecting to resume their normal operations but unfortunately the market was closed and all vendors ordered to sell isolate after three of their colleagues tested positive for Covid19.

He explains that many vendors had stocked produce and beverages, which is going to waste. Lukwago says the board resolved to close the Sacco offices because they were finding difficulties to maintain their workers and pay rent. Lukwago says their plan was to use their savings to buy land and establish chicken farms to supply members.

Henry Ssentongo, another board member, says the lockdown has totally messed up their Sacco and they don’t know how to proceed.

Nubuati Nakayiza, one of the vendors says they are currently looking at their survival until the situation normalizes.

Jane Francis Kagaayi, the Buikwe District Commissioner comforts the vendors not to lose hope, saying the situation will soon normalize and they return back to their businesses.